CA LAW the common vehicle violations that you will get pulled over and cited, aftermarket parts and tint that will cost you a cite in california

For those who love like cars and motorcycles like we do, customizing and racing are a way of life. Some dedicated performance enthusiasts, however, are putting their cars, their buddies and their lives on the line by street racing. Street racing is illegal!

The CHP won't hesitate to take street racers to court. ( good overtime money for them) IRR crew have seen a lot of deaths from auto and bike racing in the Bay Area streets. 7th street in Oakland area I can count about 4 good deaths.
IRR says Take it to the track pay the track time fee its a lot cheaper than a ticket, jail time and your car getting towed.

A first conviction on a street racing violation means:
* Minimum county jail sentence of 24 hours and maximum of 90 days.
* Vehicle probably impounded for at least 30 days.
* Owner responsible for vehicle's towing and storage charges ($1,000 or more).
* If owner fails to pay, vehicle could be sold at a lien sale.
* Anyone who aids or abets a street race also faces a maximum 90-day jail sentence. Watching the races or the folks doing the stunts on bikes on public streets could cost you. Instead, take your car to a National Hot Rod Association-sanctioned track or drag strip (sears point), where you can race safely under optimum conditions and don't have to run from the cops or worried about someone shooting off their guns.

MOST COMMON ILLEGAL EQUIPMENT CITED BY THE CHP AND TRAFFIC OFFICERS.

See Air Resources Board web site http://www.arb.ca.gov/msprog/aftermkt/devices/amquery.php for more information and a list of aftermarket parts that are legal. This site covers the most common engine modifications shown listed below for cars, trucks, and motorcycles.

There are four groups of After-market parts sold in California.

3. Competition or Racing use only Parts (There are exemptions for uncontrolled vehicles)

You can call 1 800 242-4450 before adding modifications to be on the good side of the law. The worst thing is to be pulled over by a well-trained CHP officer, who will pop your hood, and cite you for every illegal modification you have made.

BLUE AND YELLOW HEADLIGHTS:
Blue lights most talked about modifications that have been asked about for over 10 years.
The answer is no, no, and NO! Headlights must be white.
No Blue or Red lights to the front!
Blue and Yellow lights are illegal (24011 VC). Look for the DOT symbol on the bulb and package.

HEADLIGHTS BRIGHTER OR HIGHER WATTAGE than those from the factory. You may be able to see better, but the lights are illegal falls under the sub sections under (24011 VC).

LACK OF REAR REFLECTORS: Two red reflectors are required on the rear of cars and trucks (24607 VC).

RED LIGHTS TO THE FRONT: They are illegal except on emergency vehicles (24003 VC). This is one way to get pulled over very quick!

* 24607 VC
Every vehicle subject to registration under this code shall at all times be equipped with red reflectors mounted on the rear as follows:
(a) Every vehicle shall be equipped with at least one reflector so maintained as to be plainly visible at night from all distances within 100 to 350 feet from the vehicle when directly in front of the lawful upper headlamp beams.

* TAIL LIGHTS THAT ARE TOO DIM, washed out or show yellow, white or other colors (24600 VC). Ugly anyway
This section should apply to the tinted tail lamps covers. The tinted covers that covers the red break lights.

Plus think of safety during the daytime hard to see the brake lights. At night when the car is parked on a dark street its hard to keep from getting hit.
​ * DRIVING WITH JUST PARKING LIGHTS ON: (24800 VC). Vehicles that have factory-installed automatic daytime running lights must meet federal requirements and are legal.

ILLEGAL WINDSHIELD WASHER NOZZLE LIGHTS. Only white or yellow are allowed. (25106 VC, 24003 VC). All those folks with the ugly blue ones will get  cited one day soon.

LIGHTS ATTACHED TO TIRE VALVES (24003, 25250 VC). Tire flys etc Damn it CHP got me on this one. My Bike had too much bling bing and the blue lights were cool. Getting pulled over sucked.

ILLEGAL LIGHTS, whether or not they are operating. It is illegal just to have them on the vehicle (24003 VC).

* EXCESSIVELY NOISY EXHAUST SYSTEMS AND MUFFLERS (27150, 27151 VC). Many after market exhaust systems and parts are illegal. Look for parts that meet California law. If it doesn't say it meets the law, it probably doesn't. Exhaust systems which meet smog requirements but are still too loud. Exhaust equipment that states it is, "Legal in all 50 states," refers to smog, not noise.

Note: The law (27150.2 VC) does not require law enforcement to use sound level meters to test for excessive noise. Citation is based on officer's judgment. Cited violators may have testing done at smog referee stations or may be directed by the court to have testing done. Vehicles in violation must be brought into compliance. A fine may also be imposed.

California Senate Bill SB435 signed into law by California governor, affects all motorcycles and after market exhausts manufactured for these motorcycles after January 01, 2013 (thanks to those loud A#$#$ choppers, Harley Davidson's, and Ducati's)

California Senate Bill SB435, also known as the "Motorcycle Anti-Tampering Act", has been signed into law by California governor Arnold Schwarzenegger. This law now gives police officers the right to cite motorcyclists riding in California for non-stock exhaust system violations under the California Vehicle Code. The new law makes use of a seldom-enforced 27-year-old federal regulation that prohibits the replacement of the stock exhaust with any unit not officially approved by the EPA. Ever since 1983, every stock motorcycle system is required to have the EPA approval and federal noise regulation wording stamped somewhere on its outer surface that certifies compliance.

Under this new law, motorcyclists pulled over for other infractions can also be cited for having a non-stock exhaust system (or an illegally modified stock exhaust) on their bike. The first violation could result in a fine of $50-$100 if the exhaust is not returned to stock; subsequent violations will results in fines of $100-$250. Part of the new law states that any motorcycle exceeding the federal 80dB sound limit will also be in violation; however, police have no standardized tool nor procedure for actually measuring sound levels in the field, and enforcement will most likely be based upon whether the system has the EPA stamp readily visible (granted, if the exhaust is abnormally loud, most jurisdictions will back the officer's opinion that the exhaust noise is excessive, which can fall under the same federal statute). The law technically only affects 2013 and later model motorcycles and aftermarket parts manufactured for those motorcycles.

Contact the nearest CHP office for any questions or interpretations and review the CA DMV books. More detailed information is also available in CHP publications CHP 885 (Passenger Car Equipment), CHP 888 (Motorcycle Equipment) and CHP 892 (Special Construction Vehicles). They may be obtained from your local CHP office.

The violations with asterisks (*) are the common violations police officers uses for traffic stops.

The Primewell Valera Sport AS low profile tires should be recalled. Very dangerous tires. We had a fairly new tire lower inner sidewall give out while on the freeway causing the tire to come apart. What a mess! The tire was only 8 months old  and it still looks brand new with a lot of thread left.  Check your tires for recalls.  Primewell will not admit fault in this tire model but they already have one tire recall for the touring II series.

https://www.youtube.com/watch?v=SmXj1fSneR4&t=72s
Posted by btp autoparts at 12:01 AM No comments:

BUSINESS FOR SALE - ALL MOLDS FOR CREATING THESE KITS

WE ARE CURRENTLY NO LONGER MAKING OR SELLING THESE PRODUCTS

You get nose molds and intakes molds that used for hand laid fiber work.

You can take over the business of making nose kits and bringing life to older GSXR motorcycles that are still in abundant supply worldwide.

Start making the kits and shipping.

Please do not call or contact us unless for real business.


Please No scams or promises to send checks that will bounce higher than the empire state building. 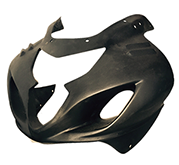 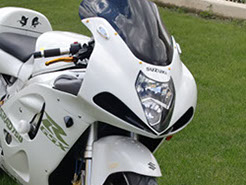 Posted by btp autoparts at 11:46 PM No comments:

From custom made GSXR SRAD nose kits to Aftermarket parts we sell it all.

Antigravity Battery YTZ10-12 on sale.  Lithium are lightweight and have more cranking power than stock batteries. These come with 3 -year warranty. More cranking power than you ever need to help turn over that engine. If your engine drags when starting it, then you might want to replace your battery. Forget lead and gel go lithium.


Bridgestone Battlax  Motorcycle Tires on sale. If you commute on a sport bike to work and keep getting square rear tires, then go to a sport touring tires for the rear and watch it last longer. ( longer) The sport touring still good on the corners and wet streets.

We sell must popular brands just tell us what you’re looking for..

Two Brothers mufflers on sale
Still one of my favorites because of the nice deep sound don’t let your motorcycle sound like a lawnmower engine. I would get the  carbon fiber covering doesn’t get hot and burn hands and ankles. 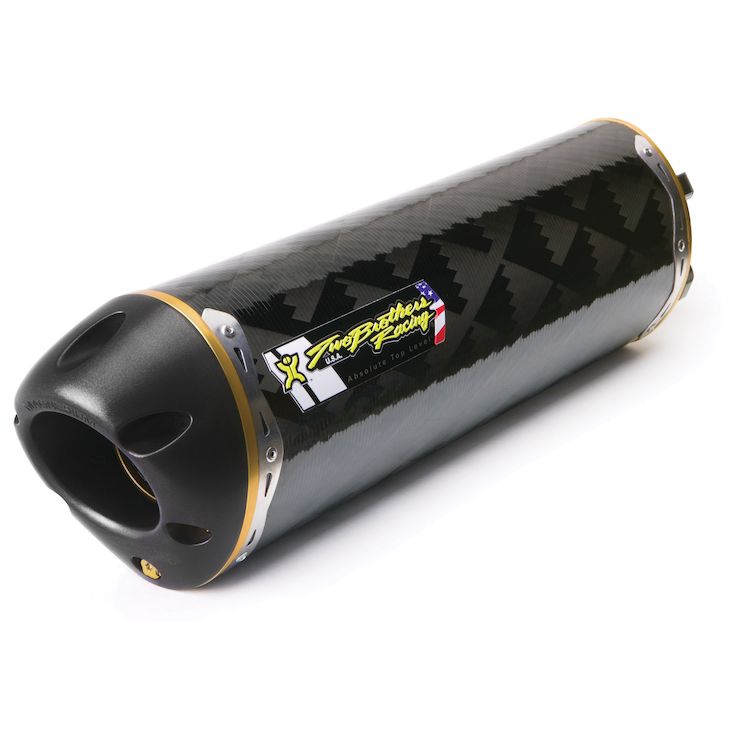 HJC Marvel helmets on sale if you like Marvel. 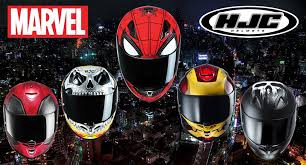 You have questions about Ca DMV laws check out website and new videos.
Click here to go to our california DMV laws page

Posted by btp autoparts at 10:10 PM No comments:

If you don't see what you want  then send us a request.

All past and future SRAD customers get discounts on street gear. 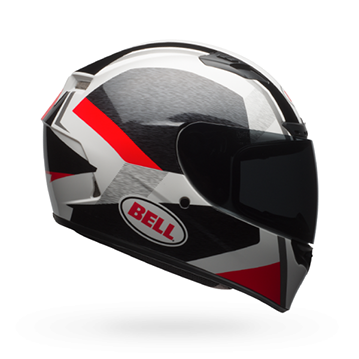 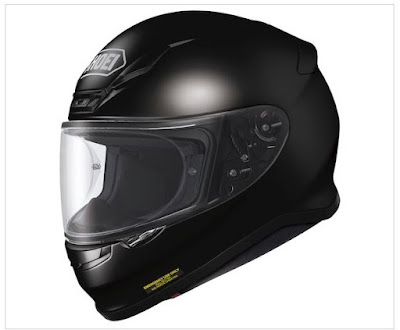 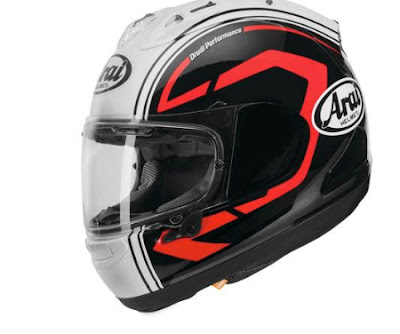 Posted by btp autoparts at 11:12 PM No comments:

We now have  a new updated online real time chat service.   Use that to contact us.
Also we have an auction each month on eBay for those who only like that service.

Pick up a new nose and air intake kit for your SRAD at a very good price. 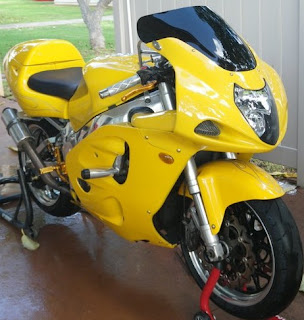 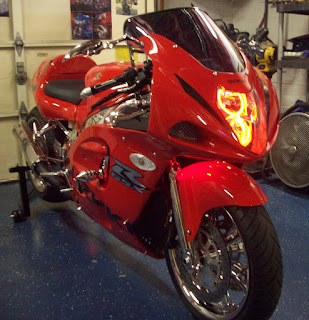 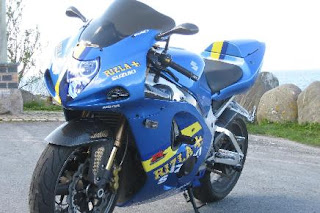 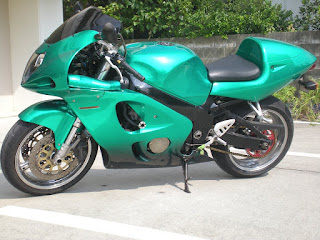 Posted by btp autoparts at 1:25 PM No comments:

If you live in Northern California and own 00-03 750 or 01-03 600 in good condition and want to try out for test bike use, let us know by contacting us. If we use your bike you will get a free nose kit.
Details to follow.

SRAD KIT 3 and SRAD kit 2 below

If you live in Northern California and own 00-03 750 or 01-03 600 in good condition and want to try out for test bike use, let us know by contacting us. If we use your bike you will get a free nose kit.
Details to follow.
Posted by btp autoparts at 12:15 PM No comments: